Thursday Night Football Features Must Win For Raiders Over Chargers

The Las Vegas Raiders (7-6) and Los Angeles Chargers (4-9) will draw plenty of attention and betting interest as the stand alone game on Thursday Night Football. The Raiders are down to the river card and need to hit a 5-outer to stay alive in the AFC playoff picture.

Leading data driven analysis site FiveThirtyEight shows the Raiders chances to make the playoffs are just 15% as they take the field against the Chargers. 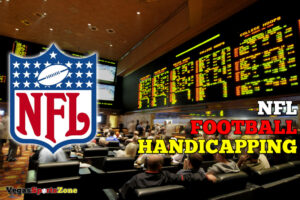 I would like to see the Raiders win, and there is “more public money” on Las Vegas. But I wouldn’t bet on it. William Hill director of trading Nick Bogdanovich told me “Early betting is all on Raiders.” William Hill opened the Raiders -3 and moved up to -3.5

I took a piece of the Chargers (+3.5) with the Raiders running low on starting defenders. No speed receiver Henry Ruggs to bail them out with a Hail Mary reception either.

I provided some insight and analysis on the Raiders vs Chargers game at Offshore Gaming Association, along with some player prop bets of interest.

I chip-in more in my Raiders and Chargers Thursday Night Football match-up in my article and update at Forbes, where we’ve hit the green with three straight player prop winners offered on the Browns RB Kareem Hunt, Patriots QB Cam Newton and Titans RB Derrick Henry.

Was available at DraftKings, and since bet up to 44.5.

Was available at BetMGM, and since bet down to 264.5

Hopefully the Chargers don’t pull another circus act like last week’s fiasco vs the Falcons before halftime. Regardless, the number moves in player props tells you the opportunity available to cash in  on other betting options.