For the second consecutive year, the WSOP produced more than 120,000 entries, making the WSOP far and away the biggest annual live festival.

Some of the Records during the 2018 WSOP:

The average age of gold bracelet event participants was 42.2 with men accounting for 95.14% of the entries and women 4.86%. 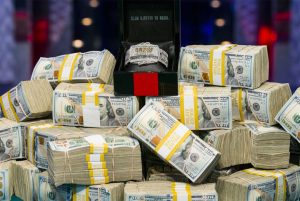 “The 2018 World Series of Poker was another big success and it’s thanks to the loyal players that make it out to Las Vegas every summer,” said World Series of Poker Executive Director Ty Stewart. “We love seeing the Main Event grow to numbers no one ever thought was possible in 2018 as well as positive reaction to our new events. The team will be hard at work to make sure this remains the premier poker festival in the world.”

Charity remains an integral part of the World Series of Poker, and the poker community via the WSOP has donated more than $23.1 million towards the WSOP’s official charity partner ONE DROP since the partnership began in 2012.

To get up to date statistics from the 2018 World Series of Poker, please go to: http://www.wsop.com/players/stats/byyear/?y=2018