It won’t be long and you’ll be reading about Medina Spirit’s disqualification as the Kentucky Derby winner. Trainer Bob Baffert has already been suspended from entering horses at Churchill Downs. But on Saturday, May 15, Baffert sends Medina Spirit and Concert Tour to the starting gate in search of his record eighth Preakness Stakes victory. 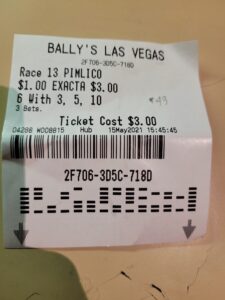 Medina Spirit Tests Clear And Is Eligible To Race At #Preakness146 >> https://t.co/70bAPm8ITT 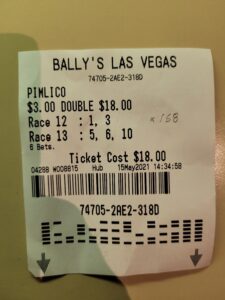 Those two horses are the favorites to win the Preakness Stakes, and I cover the race with other analysts insights and picks for the Preakness in my update at Forbes. Included is more race information you can bet on from TVG and Twinspires with a second Forbes article covering the Late Pick 5 and Preakness race analysis, added picks and insight from Horse Racing Radar.

How to bet against the Preakness favorite, Medina Spirit

Race 13 – Preakness Stakes at 1 3/16 miles. Medina Spirit generally looks the most logical winner from both a speed and form perspective in this soft renewal of the middle classic. But trainer Bob Baffert may well be more baffled after the favorite gets flustered by stablemate Concert Tour, who can get to the lead and hold off Medina Spirit. If the fractions are not too fast, then Midnight Bourbon will be tracking closer and have the late legs to upset with Rombauer a value longshot gaining interest to include.

Update: Rombauer (11/1) strides down the stretch and rolls past the two favorites to win the Preakness and cash in for WPS, Pick 3, 4, 5, Double and Exacta / Trifecta bettors.

Preakness Day Picks: Give Bob Baffert A Midnight Bourbon To Settle His Horses

A full Preakness betting preview is also available at TheLines, where I chip-in full coverage of the biggest events in horse racing. Included is a rundown of each horse, and I’ve added some below along with information you can bet on for the 146th running of the Preakness Stakes.

The Preakness is Race 13 with post time at 6:48 p.m. ET from Pimlico Race Course in Baltimore. NBC carries the race coverage starting at 5:00 p.m., and NBCSN covers the leadup and other graded stakes races starting at 2:30 p.m. ET.

Medina Spirit (9-5): Medina Spirit continues to be the talk of horse racing as the Kentucky Derby winner failed a post-race drug test. Bob Baffert’s horse is approved to run in the Preakness, and he posted his fastest speed figures when winning the Kentucky Derby (110 Equibase, 102 Beyer). He’s won 3-of-6 starts and also has three runner-up finishes in graded stakes races. This will be his sixth straight graded stakes race this year 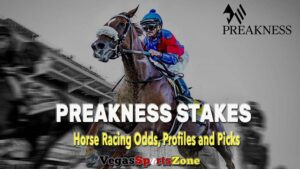 without a rest, and now he tries to dig deeper with just a two week turnaround off his Derby win. Hall of Fame jockey John Velazquez will ride again looking for his first Preakness win. However, Baffert has won the Preakness five times in six tries when he sent the Kentucky Derby winner to Baltimore and Pimlico Race Course.

Concert Tour (5-2): This son of 2007 Kentucky Derby winner and Preakness runner-up Street Sense did not race as a 2-year-old. However, Concert Tour emerged as a 3-year-old winning the San Vicente Stakes and then a 4 ¼ length wire-to-wire winner in the Rebel Stakes with his second 105 speed figure. But as the 2-5 favorite in the Arkansas Derby, Concert Tour lost for the first time when going longer and he tired through fast fractions to finish third in the 1 ⅛ mile race. Trainer Bob Baffert decided to skip the Kentucky Derby at the owners request, and point Concert Tour towards the Preakness. Concert Tour turned in two sharp 5-furlong breezes at Churchill Downs in preparation for the Preakness, and he has tons of talent and stock to support a strong Preakness run. Mike Smith will now ride Concert Tour, who gives Baffert a strong 1-2 punch to set the Preakness win record for trainers and win his 18th Triple Crown race.

Midnight Bourbon (5-1): Two-time Preakness-winning trainer Steve Asmussen runs Midnight Bourbon in his seventh straight graded stakes race at Pimlico. And Asmussen has turned the reins over to the defending three-time Eclipse Award champion jockey Irad Ortiz, Jr. to ride his well-bred son of Tiznow for the first time. Midnight Bourbon failed to hit the board for the first time when finishing sixth in the Kentucky Derby, as he was bumped early and shuffled way back before rallying. But he finished second with a pace-pressing trip in the Louisiana Derby contested at the same 1 3/16 mile distance as the Preakness. Midnight Bourbon has yet to post a triple-digit Equibase speed figure, but he’s proven to be a consistent, hard-trying colt and was the best horse prepping in Louisiana. A moderate pace up front is key for this capable colt to have enough late energy to pull the mild upset.

Enjoy the Concert Tour and Midnight Bourbon in-the-money finish as they battle for the Preakness win.