The Open Championship is upon us, and Royal Troon is the seaside links course to watch and wager on the action. I’ve provided an exclusive Open Championship Preview for the Off Shore Gaming Association, where I am a featured writer and analyst providing insight and analysis into the sports and wagering world. 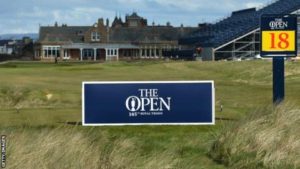 I also provided player profiles with insight and analysis for #TheOpen, and I’ve included some of those below along with two player match-ups for your consideration. We’ve been selective in our weekly PGA tournaments and match-ups for members, who continue to inquire about our plays and proven performance when wagering on the PGA pros and tournaments. We’ve made birdies and eagles in the first two majors of the year, going 4-0 in the Masters, and then 5-1 for everyone to see in our U.S. Open match-up preview.  That included an outright winner and match-up play on the U.S. Open champion Dustin Johnson.

I spend many hours reviewing player profiles, interviews, performance charts, stats and articles about the Open Championship and players. Let’s hope our analysis once again leads us to more winning wagers. Read the full article with player profiles here.

Rory McIllroy – His swing was off at the U.S. Open, but his victory at the Irish Open highlights a trio of top-5 finishes in his past four starts worldwide. He also won the Open Championship in 2014 at Royal Liverpool while becoming the World No. 1, but was unable to defend his title missing last year’s Open with an injury. McIllroy is a 4-time major champion and should probably be the betting favorite, but at 11-1 to win the Claret Jug, he’s just behind Day, Spieth and Johnson. He had his best putting week a few weeks ago at the Memorial, then followed it up with another outstanding week on the greens in the French Open. Surprising to many, he’s never played Royal Troon, but says he’s not at a disadvantage noting many players will play it for the first time. McIllroy is a links expert from Northern Ireland, and we expect him to contend this week as a major threat.

Sergio Garcia – No major wins for the 36-year old Spaniard, but he does have a pair of runner-ups at the Open. That includes in 2007 when he missed a 10-foot putt for the win on No. 18 and cost me a 4-digit payday on his way to a 4-hole playoff loss. His overall record and resume at the Open is outstanding and he’s been in contention a number of times with nine top-10 finishes. He missed the cut at Royal Troon in 2004, but this is the major Garcia is most likely to win with his creativity, iron play, experience and ability to navigate and execute shots in the wind. Must consider.

Lee Westwood – He’s been in contention in numerous majors, and has a record nine top-3 finishes. But Westwood has yet to win a major at age 43. Another strong iron player who is so accurate and had the lead at the U.S. Open, and then was just a few strokes back during Sunday’ final round before imploding. He also led by 2-shots after 54 holes at Muirfield in 2013 before finishing third. He’s “been playing well, solidly” with good current form including five top-15 finishes in his last six worldwide events. Westwood posted the lowest round of 67 with Davis Love in the 2004 Open at Royal Troon, and he’s an undervalued longshot this year.

While I’ve listed some longshots to consider in your wagering, match-ups and fantasy pools in my full handicapping and player profile Open article, I expect one of the leading contenders to come out on top and take home the Claret Jug at Royal Troon.