Thrilling Final Round Set at Carnoustie and The Open

Carnoustie Becomes Scoring Spectacle in Round 3

What’s going on here? The toughest track on the Open rota has turned into a pitch and putt course. Calm conditions and low scores were prevalent in Round 3 with eagles (14) and birdies (288) flying everywhere as the 79 players that made the cut averaged 69.34; the lowest average round in Open history at 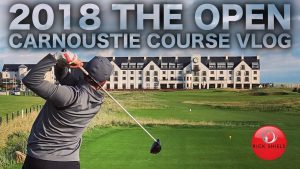 Carnoustie. Only one eagles had been carded during the three previous Opens at Carnoustie. Just 24 players shot over par (71) on Saturday. A total of 41 players broke par after just 38 broke par in the opening two rounds when 156 players were in the field. Nine players had bogey-free rounds Saturday following just one player (Fleetwood) to shoot a bogey-free score in the first two rounds.

Fortunately, Sunday projects to have winds greater than 20 MPH and stronger gusts as the leaders tee off, so we may finally get to see “Carnasty” grab hold of the best player’s and give more of them the shaft. Thus far, man has defeated mounds, but now mother- nature will play its part in determining who can hack it, strike it and ultimately conquer Carnoustie to take hold of the Claret Jug.

In my Countdown to Carnoustie and Preview, Picks and Projections articles, I noted that the wind and weather would determine the scoring, and that I did not forecast an American to hoist the Claret Jug. Well, the wind has mostly disappeared, and so have many of the European players. American’s 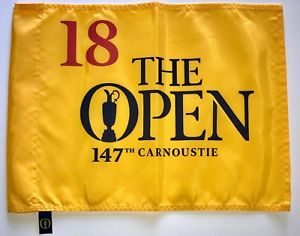 hold the top-4 spots on the leaderboard, and that includes defending Open champion Jordan Spieth (-9), who is the co-leader after firing a 65 and in search of major championship No. 4 at the age of 24. Spieth was one of seven players to shoot 66 or better in round 3. Another six players shot 4-under 67. Just three of the 156 players in the first two rounds shot 66 or better. Tiger Woods (-5) moved up the leaderboard into contention on moving day with a 66 and so did 24-year-old Xander Schaffele (-9), last year’s PGA Tour Rookie of the Year who will play in the final group on Sunday for the first time in a major championship and go head-to-head with defending Open champ Jordan Spieth.

Justin Rose (-4) was bet down to the pre-tournament favorite at 12-1 on Thursday and he made the cut on the number before firing a tournament-low 64 on Saturday. I won’t have the winner in my bag or on a ticket unless Alex Noren (-5) makes a very strong move after shooting 67 in Round 3.

My tournament match-ups, which are the best way to make money betting golf, have gone good and bad. Noren defeated Justin Thomas (Cut) as an underdog, Russell Knox defeated Bubba Watson, who missed the cut badly, and Tommy Fleetwood gave us the trifecta against players that missed the cut when Jon Rahm (+7) went on tilt and fell off a cliff at Carnoustie in Round 2. Unfortunately, Sullivan and Snedeker missed the cut to cost us a few pints, and we have a handful of tournament match-ups still pending including one with little-known Li Haotong, a 22-year-old Chinese player that shot a bogey-free 67 Saturday to move into the top-20 at 4-under par. Haotong was a 125-1 longshot to win the Open, and finished 3rd in his Open debut last year; an extraordinary accomplishment itself. He is yet another example of the great depth and tremendous talent from the pool of players on the PGA and European Tour.

It’s also another example of difficulty in selecting a winner each week on the PGA Tour. Last week, a pair of players greater than 100-1 odds won on the PGA Tour (John Deere Classic) and European Tour (Scottish Open). Now heading into the final round of the Open Championship, we have some huge pre-tournament longshots on the leaderboard looking to smash Big Bertha down the crusty Carnoustie fairway and make Major history and a big score, both as a long shot for bettors and the $1.89 million 1st 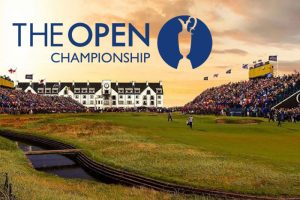 place prize to the winner. It’s another reason to look for value as there are plenty of capable players and longshots that can win and also be valuable additions in your golf pools, match-up and prop bets and fantasy lineups.

The average world ranking of the top-12 players on the leaderboard is 27. Spieth (5), McIllroy (8) and Fleetwood (10) are top-10 in the world rankings, but check out the pre-tournament long shot odds Schauffele (24), Kisner (33) and even Chappell (61) and you’ll see the strength and caliber of quality players along with the market perception on the odds board.

The player that can dig deep Sunday and make the key shots on the toughest closing 4-hole stretch on the Open rota will be crowned ‘Champion Golfer of the Year’ while holding the Claret Jug.

Scores of the top-12 players into the Final Round and best pre-tournament odds on Monday before the Open from leading online sports book BookMaker and the Las Vegas SuperBook, along with odds to win heading into final round. 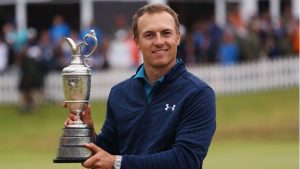 Since the year 2000, there have been 11 players that were the 3rd round leader or co-leader that went on to win the Open Championship.

Should defending champ Jordan Spieth (-9) win the Open and hoist the Claret Jug again, it will be the first time in major championship history that two players won back-to-back majors in the same year – joining U.S. Open champion Brooks Koepka. Now that would be a major accomplishment.