Continuing the NHL push towards the playoffs and our coverage of the current odds and top teams, we look at contending teams with schedules and situations you can bet on. That includes the Vegas Golden Knights, who I watched shutout the Edmonton Oilers 3-0 last week as part of an eight-game 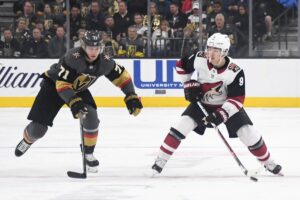 winning streak. I was in the Knights locker room following the victory with reaction and relief for some of the new player acquisitions at the trading deadline.

The Stanley Cup odds continue to change, and you can check out the odds and updates in my recent report and update at Offshore Gaming Association, and the contending teams schedules as they push towards the playoffs. The Golden Knights have two road trips through Western Canada over the final month of the regular season, and that trip is always one of the most difficult travel spots of the season.

Boston Bruins: The Bruins won 11 of 12 games over a month stretch before getting buried at Vancouver 9-3 on Feb. 23. They enter March with a league-high 94 points and tied with Tampa Bay at 41 wins. But Boston has lost a league-high seven shootouts. The Bruins are a Stanley Cup threat again as they also have allowed a league-low goals against. Boston opens the month of March on the 3rd at Tampa Bay against their biggest threat to reach the Stanley Cup. After another road game at Florida, the 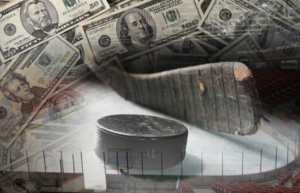 Bruins return home March 7 to play the Lightning again before returning to the road at Philadelphia and Buffalo. That’s Boston’s toughest stretch, and the Bruins will play Carolina twice in the final week of the regular season along with their last road game at St. Louis in a Stanley Cup rematch.

Tampa Bay Lightning: The Lightning won 12 games in a row starting Jan. 29, then lost four in a row as favorite starting at Vegas, while allowing at least four goals in each loss. Recall our comments about quality goaltending and note that Lightning goalie Andrei Vasilevskiy was 15-0-1 with a 1.92 GAA and .938 SV% in a 16 start stretch that included the Bolts winning streak. March starts with Boston and Montreal then three road games at Boston, Detroit and Toronto. Tampa Bay makes the three games in four days Western Canada road trip through Vancouver, Edmonton and Calgary starting March 18 during opening weekend of March Madness and the NCAA basketball tournament in the states.

Washington Capitals:  The Caps lost six of seven starting the second week of February but have won three of four including 4-3 at Minnesota March 1 despite getting outshot 40-30. Alex Ovechkin picked up a pair of goals against the Wild to add to his career No. 700 goal on Feb. 22. Washington has three road games starting March 5 at New York Rangers, Pittsburgh and Buffalo, and while the schedule is manageable the rest of the way, the Caps need more scoring balance as they rely on its top line to do most the scoring. The Caps are just one point behind Tampa Bay for the No. 2 seed in the Eastern Conference. 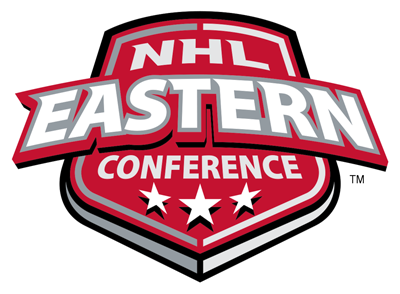 Philadelphia Flyers: The Flyers have won six in a row following their 5-3 win over the Rangers in New York March 1. None of those wins were against Stanley Cup contenders, but 10 of the Flyers next 11 games are against playoff contenders. Philadelphia will likely regress starting March 4 at Washington and concluding at Nashville in a back-to-back road situation. In between they play the Oilers at home in a back-to-back, and host last year’s Stanley Cup entrants Boston and St. Louis.

Pittsburgh Penguins: What happened to the Penguins? A team with such pride, talent and resilience has lost six straight to finish February with bookend shutout losses at Toronto 4-0 and San Jose 5-0. The Penguins defense is a concern, as is their .500 record on the road. But a manageable schedule down the stretch give the Penguins no excuses. The March 7 home game against Washington will be an ‘all-in’ effort in redemption, and the Penguins host the Capitals again March 22. Potential look ahead letdown in their March 5 game at Buffalo.

On the move: New York Rangers. The Rangers lead the league in moneyline profit with more than 13 units. New York just lost back-to-back games to Philadelphia, but the Rangers had won five in a row and nine of ten prior to those losses and are four points out of a playoff spot following the March 1 home loss to the Flyers.

Vegas Golden Knights: Vegas was in 5th place in the Pacific division and out of the playoffs on Jan. 15. The 6-5 overtime win over St. Louis propelled the Knights to eight straight wins. The upcoming Wesern Canada road trip starting March 6 is one of the toughest travel stretches in the league with Winnipeg, Calgary and Edmonton on back-to-back nights where we’ll be looking to play the Oilers in 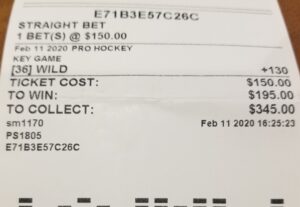 redemption against the Knights in a very tough scheduling situation for Vegas. The Golden Knights will also conclude the regular season the end of March and early April with the tough Western Canada road trip at Winnipeg, Edmonton, Calgary and Vancouver. So there are some tough games and scheduling situations ahead with 15 games remaining for Vegas.

St. Louis Blues: The defending Stanley Cup champs lead the Western Conference with 88 points and closed the month of February with seven straight wins. That followed five straight losses, and proves again even the best teams can struggle and there is money to be made betting in the right situations and scheduling while taking value and letting the chips fall where they may. The Blues open March with three road games against bottom division teams New York Rangers, New Jersey Devils and Chicago Black Hawks. Two more bottom teams against San Jose and Anaheim give the Blues a solid chance to extend their Western Conference points lead by mid-March before a tough four game road trip at Philadelphia, Carolina, Florida and Washington. The Blues close the season versus Boston and at Colorado, but may well have the No. 1 seed locked up by then.

Colorado Avalanche: A definite Western Conference contender who is not getting the recognition of St. Louis or Vegas. But the leading online sportsbooks are not fooled as the Avs are still less than 10-1 to hoist the Stanley Cup. Colorado won six straight games to finish February with the last five all by one

goal. Three losses preceded that winning streak, and the Avs play four of their next five to start March against teams well out of the playoff hunt. Colorado finishes the season with four home games which follows their toughest three game stretch on the road at Minnesota, Edmonton and Winnipeg. Colorado will finish as a top-2 seed in the West and a Cup contender.

Dallas Stars: Three losses in their last four games to close February, although against the best teams Boston and St. Louis (twice). The Stars are stingy on defense, but challenged on offense. However, in their recent 4-3 loss at Boston, the Stars took it to the Bruins in the third period and out-shot the B’s 34-28 in defeat. Two nights later, they lost at St. Louis 4-3 in a shootout, but again won the third period and outshot the Blues for the game, while holding St. Louis to just four shots on goal in the third period. The Stars final three games are against the weakest in the West on the road at Anaheim, San Jose and Los Angeles. But much to do before then and March starts with Edmonton and home and home with Nashville, which will be games to look ‘under’ the total. I’ll be playing the Stars – Golden Knights game March 17 in Vegas under the total as well.

Don’t sleep on the Edmonton Oilers, who I just saw play in Las Vegas. They offer the best value, of which there is little, of the longer shots in the futures market. While the Oilers were shutout at Vegas Feb. 26, it was an unfavorable schedule situation and superstar center Connor McDavid was in his third game back from injury and playing with two new wingers. The league’s leading scorer is Leon Draisaitl, who has 102 points following two goals and one assist in a 3-2 win over Winnipeg following the Vegas flu. A pair of rugged road games at Nashville and Dallas to start March are tough, but the redemption game to target is March 9 versus Vegas. The Oilers have two games in hand on Vegas and trail the Knights by four points in the Pacific division. A regular season finale April 4 at Calgary is preceded by six straight home games including the home finale against Vegas March 31. Those games are worth watching.