The field playing at Detroit Golf Club this week includes seven of the top-25 players in the Official World Golf Rankings. You can get a hole-by-hole breakdown of the course and following the birdies and eagles on the Par 5’s with three of them reachable in two shots.

A mild favorite came through last week at the Travelers Championship as Dustin Johnson (25/1) won his 21st PGA Tour title. Johnson was six shots behind 36-hole longshot leader Phil Mickelson, which I covered and updated odds for at Forbes. Johnson shot a sizzling 61 on Saturday to get within one shot of the lead of longshot Brendon Todd (200-1, and then won Sunday with a 19-under par total and one shot better than big longshot Kevin Streelman (150-1), who won the event in 2014. 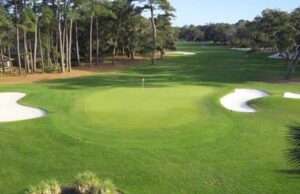 Plenty of opportunties to cash in on finishing position, as many longer shots still pay out well for top 5, 10 or 20 finishing positions. Eight of the players that finished top-10 at the Travelers Championship had pre-tournament odds of 100-1 or greater, which pays approx. 10-1 odds for a top-10 finish and 20-1 odds for top-10 for players at 200-1 pre-tournament odds.

The rest of my early tournament preview is posted at TheLines, where odds were also updated Monday. Player profiles, more stats and information you can bet on is added by Wednesday.

Some stats to consider this week: