The final NFL season win total bets come down to Week 17, and you can read my article and insight at Forbes. 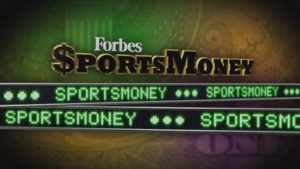 Teams with season win totals in the balance include the Patriots, Redskins, Bengals, Broncos and Bills.

There are also some key games with playoff implications, including three games with ‘win and you’re in’ scenarios in Week 17. The Vikings, Ravens and Colts have all taken money and the market has moved them up a full point as favorites since Saturday morning.

In addition, the Ravens are taking some big bets, and Baltimore has moved up to a 7-point favorite against the Browns, who I made a case for in my weekly Fairway’s Football Forecast underdog picks – now 34-19 ATS this season.

Edited and updated with William Hill US betting activity for NFL Week 17 games.

Here’s a look at the odds and trends for today’s pro football games at the 100+ William Hill Sports Books across Nevada, New Jersey, and West Virginia as of 9AM PT. pic.twitter.com/aKDvzBfncH

On game day Sunday, the Ravens are taking 65% of the side bets at Fanduel Sportsbook in New Jersey. The Westgate SuperBook in Las Vegas reports that “A lot of the action is on Baltimore.” Yet at the 7 biggest online sportsbooks including BookMaker and 5Dimes, the Browns are taking 54% of the bets according to Sports Insights, which tracks betting activity and provides consensus data through its partner The Action Network.

“We took a six-figure bet on the Ravens -6, which pushed it to -6.5. Ticket count is 2/1 on the Ravens, and that six-figure wager has us needing Cleveland.” – Scott Shelton from @TheMirageLV re: CLE @ BAL.