It’s been a remarkable run for betting favorites, who have covered the point spread at nearly a 67% clip since week 7. It was a 70% ATS run for a month stretch starting in week 7, which was when I was forced out of action on the disabled list following a 16-8 ATS run posting underdog picks with analysis in weeks 1-6. Contrary bettors and pros alike have been unable to turn the corner since week 7, while public 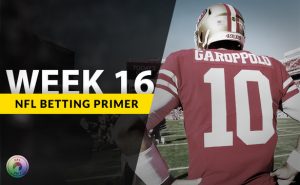 bettors and chalk eaters have turned around their seasons and gotten more than their money back against the bookmaker the past two months. For the season, favorites have won 70% of NFL games straight-up (SU), and 54% against the spread (ATS).

But week 16 appears to be one where many bettors are going to wonder ‘what happened’ if they don’t adjust and take a stance against some of the favorites, many of which are laying inflated prices at the leading sportsbooks. Many others will play adjusted lines and other in-game wagers during the weekly NFL action.

LA Rams at Tennessee – Exhibit A is the Los Angeles Rams, who will continue to take a majority of the bets laying 6.5 or even 7 points on the road at Tennessee. But just like when Philadelphia went on the road laying a similar price at Seattle before closing at a smaller price and losing 24-10 to the Seahawks, the Rams now find themselves in a poor spot. But many bettors don’t care if they get the horn shoved up their A–, as they will ride the red hot Rams off their dominating 42-7 win at Seattle and see 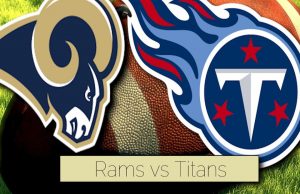 a Titans team sliding the wrong way off two road losses vs. losing teams. Tennessee remains in the thick of the wild card hunt but play both division leaders LA and Jacksonville to close the season. Teams rarely do well after a physical contest with Seattle, and the Rams were ‘all-in’ for that rematch and huge division game which puts them 2-games up with two to go. Now traveling West to East against a desperate Titans team, albeit an average team at best by my numbers and ratings, the hard-charging Rams must overcome a letdown off a huge game and their most complete game of the season in which they rushed for 244 yards led by their super stud Todd Gurley (152). Did you know that the line on this game before the season started had the Titans favored by 7-points?  Yes we have to adjust, and this week’s line says more about the Rams breakout campaign that it does about the Titans current condition. Titans QB Marcus Mariota is not incompetent like many I listed in the playoff scenario article, but he has been disappointing with a QB rating of less than 80 this season and a 12/14 QB-to-INT ratio. But like the Rams, the Titans run the ball at least 27 times per game for more than 115 YPG, which are both above league average and Tennessee’s defense is top-5 in yards-per-play against (5.0). It’s the Titans turn to be ‘all-in’ back home this week.

Indianapolis at Baltimore – The Colts top cornerback Rashaad Melvin is out of the lineup and Indy allows more yards per pass play than any team in the league. Those concerns along with an incompetent QB on the road against a surging and higher-scoring Ravens team that has averaged more than 30 points per game in their last five contests makes the Colts a tough take. But make no mistake, the line is inflated with all that and more factored in. A bad lay if you play.

Minnesota at Green Bay – No bet with another incompetent QB starting in Green Bay, as we’ve made our adjustment and factored in these less than able and capable QB’s after getting burned too often. Minnesota has not been a road favorite in Green Bay in nearly two 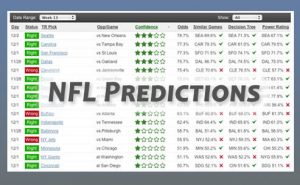 decades, and the Packers would have also been a big favorite in this game at the start of the season. With Rogers out and the Packers eliminated from the playoffs last week, many prefer the surging Vikings with more to play for and a potential top-2 seed in the NFC and upcoming playoffs. Love the Vikings dominant defense, and Hundley won’t like it. But expect the Pack to play with some passion and not roll over. Question is whether Hundley will perform at a capable level and not turn the ball over.

Detroit at Cincinnati – Last home game for head coach Marvin Lewis, and you would think the Bengals would bring it. Question is whether it’s the last road game for less than quality coach Jim Caldwell of the Lions. Cincinnati still has a top-6 defense in yards-per-play while the Lions rank bottom-6 and have been out-gained in four of their last six contests with four of those against the Bears, Browns and Bucs. A ‘must win’ for the Lions to have playoff hope, but see the situation below on the Bengals and other ‘losers’ and try taking a contrary approach on the Bengals/Bungles.

LA Chargers at NY Jets – The Chargers suffered a tough loss last week at Kansas City, and now need help to get into the playoffs. Rivers was bad last week with 3 interceptions, and LA was beaten at the point of attack while allowing 174 rushing yards to the Chiefs. Off that huge game, LA is still laying more than a TD on the road at New York. Perhaps that’s also because the Jets’ Bryce Petty makes his second-straight start and offers little confidence to bettors. He completed less than 50% of his passes last week for a mere 4.6 yards per pass and 2 interceptions. Now he faces an elite and dynamic pass rushing tandem of Bosa and Ingram, who have combined for more than 21 sacks. More downfield shots are expected by the Jets, and happy feet and inaccurate throws are a concern. But laying this inflated and big road price should be too.

Buffalo at New England – Will the Bills finally make the playoffs and end the league’s longest playoff drought at 17 years? The Patriots controversial win at Pittsburgh essentially secured them home field advantage in the playoffs, as many expect them to win their final two 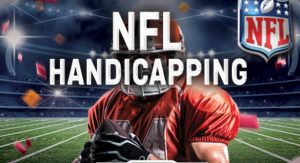 home games as double-digit favorites. Off a long stretch of road games over the course of six weeks, the Patriots likely exhale this week while hosting the more motivated Bills, who played poorly with both incompetent QB’s Dec. 3 in a 23-3 home loss to New England. The late hit and cheap shot by TE Gronkowski only adds fuel to the Bills fire. Expect much better from Buffalo this week with their pound the ground attack against the Patriots poor run defense. McCoy rushed for 93 yards and 6.1 YPR in the first meeting and looks primed for a big game this week. New England will also go heavy to the run as the Bills defense is deficient at the point of attack and very poor also since trading away Marcell Dareus.  Less passes for QB Brady and less scoring expected with freezing rain in the forecast Saturday heading into Sunday’s division duel in Foxboro.

Jacksonville at San Francisco – The Jaguars are one of the feel good stories of the season and I know someone that has more than 6 figures coming his way if Jacksonville wins the Super Bowl – at odds in the 100-1 range at the start of the season. A dominant ‘Sacksonville’ 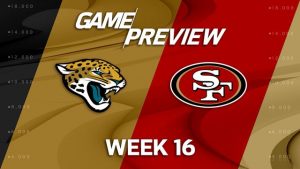 defense has led the Jaguars surge, along with a star rookie runner in Fournette and improved play from QB Bortles.  But what a difference a capable QB can make, as Jimmy G has delivered big for the 49ers since making his first start for the boys by the bay. San Francisco is 3-0 under QB Garoppolo, who has passed for more than 660 yards his last two starts. He’ll get a tough test against the Jaguars defense, but since Jimmy G took over, the 49ers have 18 scoring drives to rank No. 2 in the league and just one possession where they failed to pick up a first down. Once 1-10 this season and 3-24 straight up going back, the 49ers are now 4-10 on a three-game win streak with Garoppolo calling the shots. The Jaguars have a potential key game and redemption on deck at Tennessee should the Titans pull the upset earlier in the day vs. the Rams. If the Titans lose, then this game means much less for the Jaguars and the line will move towards the 49ers. Jacksonville is still pushing for a first-round bye in the upcoming playoffs. The Jaguars stat profiles at the point of attack are strong on both sides of the ball, and their +15 turnover margin seals the deal on their improved results. But still don’t believe they deserve this level of favoritism on the road against a surging and improved 49ers team. 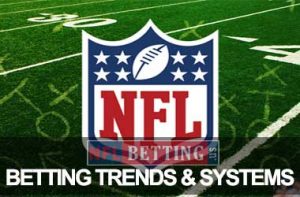 Here are some week 16 and 17 scenarios to consider that might help you support the contrary plays. Oddsmakers are well aware that bettors love the team that has to win. A ‘must win’ scenario for teams is often reflected in these late-season lines, but teams in need often bleed.  Many public bettors follow and bet on these needy and better teams, and especially if the must win or better team is playing a sub-.500 team or a team with a worse record.

But understand and know this.

In week 16-17, PLAY ON team is an underdog or favorite of less than 6 points and has the worse winning percentage. These teams have gone 60% ATS.

On a sample size of more than 400 games, these teams have covered just over 60% against the spread (ATS) and won straight up (SU) more than 56% of the time.

Laying road favorites is generally not a good percentage play in the NFL, and that rings especially true if you’re laying more than a field goal. Throughout this week these teams have been lined as road favorites laying more than 3 points:  Minnesota, Detroit, LA Chargers, LA Rams, Jacksonville and Pittsburgh on Monday night. Those team’s opponents are the ‘bad’ teams that most public bettors cannot or will not bet on during their losing seasons and struggles: Green Bay, Cincinnati, NY Jets, Tennessee, San Francisco and Houston.

As mentioned previously, buyers and bettors beware of the barking ‘Dog protecting his turf this week.