NFL Handicapping – Analysis of a Winning Wager Vikings vs. Packers

I’ve mentioned previously that I write-up at least 20 CFB and NFL games per week for various websites, clients and personal sources. Not all these games are necessarily worthy wagers, but by digging deeper into the match-ups, stats, situations, impact injuries and more, we’re better able to identify games and match-ups of interest. 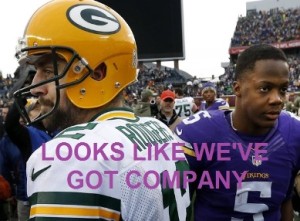 Such was the case in week 17 when members and other Fairway followers enjoyed the Vikings (+3.5) and ‘under’ (45.5) before both numbers dropped as Minnesota took the NFC North title away from the Packers with a 20-13 road win. The Vikings were 1-10-1 in their last 12 meetings with Green Bay, and will return home to host a playoff game against Seattle. While we had some solid additional winners including ‘under’ total plays on BUF/NYJ, MIA/NE along with the Raiders, we missed some top play totals including CAR/TB, which also was bet down sharply as the Panthers secured the No. 1 seed in the NFC with a 38-10 beating of the Buccaneers.

Despite going 7-1 in Week 16 and 5-4 in Week 17 plus an additional opinion winner on the Bills, we didn’t finish the final six weeks as strong as we did last season or following a strong start including in the NFL SuperContest.

But here is some of my analysis of the Vikings versus Packers game, along with additional information and analysis I provided to members below.

Best wishes as you push through the playoffs and see you again next football season.

This is a good match-up at the point of attack for the Vikings, and it’s time for the purple to deliver and get the ‘green’ against a winning team. Minnesota is 0-4 when playing teams with a better than .500 record (2-2 ATS) this season with losses to Arizona, Seattle, Denver and these Packers in a pivotal home loss when Green Bay bounced back off three straight losses to embarrass the Vikes 30-13. In that game, Minnesota rushed the ball just 18 times falling behind by margin. That won’t be the 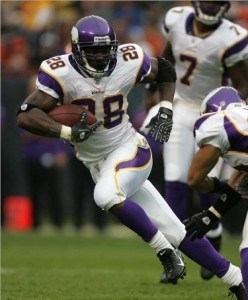 case this week as coordinator Norv Turner calls on No. 28 Adrian Peterson often. AP leads the league in rushing, and the Vikes run the ball an average of 30 times per game. That includes 33 times per game over the last three contests and Green Bay has allowed a league-worst 5.8 yards per rush over their last three contests including 171 rushing yards to Dallas (20 carries) on this field when the Packers turned to a heavy ground game themselves with 42 rushes for a season high 230 yards.

The Vikings also rush the ball at 5.2 yards per carry in the second half of games this season which is a full yard better than the first half. Minnesota is also healthy on defense for this division title showdown as linebacker Anthony Barr and safety Harrison Smith returned for last week’s rout of NYG after missing 2-3 games in previous week’s. Despite missing defensive lineman Linval Joseph this week (toe), the Vikings strong and deep defensive line should pressure QB Rogers, who was sacked nine times at Arizona last week and is now playing without a key offensive tackle. Minnesota has four defensive linemen with at least five sacks and they’ve totaled nine QB takedowns the last two games.

Minnesota is playing better than Green Bay, who may also be without cornerback Sam Shields and defensive lineman B.J. Raji, who are on concussion  protocol.,and we’re hopeful QB Bridgewater will avoid critical mistakes in this tough road environment for all the marbles and a first round home playoff game next week. Teddy has picked up his play in recent weeks passing for 734 yards with 70% completions and a 6-0 TD-to INT ratio. In Minnesota’s last six road games following the opening week loss at SF, the Vikings are 4-2 SU and 6-0 ATS and Bridgewater has just two INTs with a 94 passer rating.

The Packers have lost to Detroit and Chicago at home this season, and their is no excuse for the Vikings to not play well and have a solid shot to knock off their rival for the division title in a lower-scoring game.

Strength against strength with Bills top running game vs Jets elite run defense. Buffalo coach Rex Ryan and the Bills would love to knock off his former team and potentially eliminate them from playoffs. Top 20* play for us on Jets (+3) last week over the popular Patriots, but a letdown seems likely following the win over New England despite playing for their playoff lives. But with need you often bleed, as the Steelers did last week. Note teams following a straight-up home dog upset of defending Suprt Bowl champs (Jets), are a greater than 80% PLAY AGAINST if their opponent is off a victory (Bills).  Snow flurries, defensive strengths, running the ball and less than capable passers sets up for lower scoring game.

Game 16 teams following a loss are a healthy 71% ATS play at home and the Dolphins should play this as their ‘Super Bowl with the confidence of having beaten New England the last two times they visited Miami. Both teams off loss as favorite last week fits a 0-7 O/U situation this week.