The madness has begun in college basketball, and the College Conference Tournaments (CCT’s) have tipped off with the major conferences set to begin their conference tournaments next week. That includes the Big Ten, Big 12, ACC, SEC, Pac 12, Big East and American, which currently account for up to 42 of the 68 NCAA Tournament bids. The West Coast Conference Tournament started March 7 in Las Vegas, and AP No. 1 ranked Gonzaga is slotted into the semi-finals along with St. Mary’s and will play Monday, March 11. Will bubble 20-win team St. Mary’s get the mid-major shaft again after the NCAA 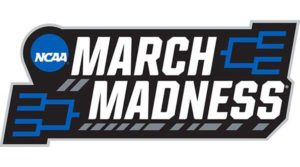 Tournament snub last year when they finished 30-6? Will the NCAA Tournament committee really add a non-worthy 7-win Big Ten team to the NCAA Tournament field?  We’ll find out soon as the new rating system and NCAA Evaluation Tool (NET) is used this year by the NCAA Tournament Committee instead of the previous RPI. The NET relies on game results, strength of schedule, scoring margin, net offensive and defensive efficiency, game location and the quality of wins and losses in determining NCAA Tournament teams and seedings.

Many fans, handicappers, bettors, analysts and media members will be watching and wagering on the conference tournaments with interest in preparation for the big dance and other postseason tournaments. The volume of betting activity at the sportsbooks and now more legal U.S. sportsbooks is tremendous at this time of year. Recognizing the strengths and weaknesses of both conferences and teams helps the astute handicappers and bettors.

Here are some thoughts and key considerations in handicapping college basketball and tournament play. While there have been changes in the college game over the years, the fundamentals of college basketball remain the same when evaluating the teams and match-ups. I have relied on these fundamentals in many of my game analysis while using statistical profiles, scheduling, late season situations, meaningful games and match-up 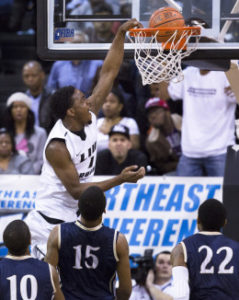 The NCAA wanted more scoring in college basketball following near record-low scoring at the end of the 2013 season in which Division 1 basketball saw scoring drop to 67.7 points per game; the lowest since the 1981-82 season. Field-goal accuracy had dipped to 43.3 percent, the lowest level since 1964-65. And 3-point shooting of 33.9 percent was the lowest since the rule was instituted in 1986-87.

The rule changes including shot clock reduction to 30 seconds created just that, although not necessarily for the better of the game. The 30 second shot clock and less clutching and grabbing allowed for more free flowing play with the stronger and more athletic teams gaining an ever greater advantage.

To give you an idea on scoring increase, here are the number of teams that have averaged at least 81 points per game in recent seasons.

As scoring and possessions continue to rise with rules changes and reduction of shot clock in recent seasons, the NCAA has apparently accomplished its goal of increased scoring. The review of the top shooting teams and statistics will help you at tournament times, as many of these teams will be playing in the NCAA Tournament.

Keeping an eye on the upcoming NCAA Tournament with Selection Sunday on March 17, 2019, the following teams in the top 20 (5 seeds or better) in the latest Bracketology projections have some strong statistical profiles. A majority of these teams are top shooting teams, and more than half are also defensive dominators.

Of course Buffalo (27-3) and Nevada (27-3, two mid-major powers from the MAC and Mountain West, are already falling down the seeding list.

Last season, Villanova road their nation-best 87 points per game offense to a national title, while also dominating opponents and going 6-0 ATS in the NCAA Tournament. The No. 1 seed Wildcats were one of the elite shooting teams in the country, and were unstoppable even against No. 1 seed Kansas in the Final Four and No. 3 Michigan in the National Championship wining each game by at least 16 points.

The top-seeded teams with the highest scoring averages this season include: 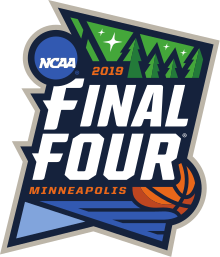 It’s worth noting that 24 of the last 28 NCAA Tournament champions have been either a #1 or #2 seed. Since 1997, the eventual national champion has been seeded no lower than #3 in every year except 2014 when UCONN pulled the shocker as a #7 seed. Last year did have a Cinderella make the Final Four when No. 11 seed Loyola Chicago shocked all fans and experts in their exciting run through the tournament with each of their first three tournament wins by 2 points or less.

So the elite-level teams with the strongest statistical profiles often win the NCAA Tournament, and make the Final Four, and the best teams with fairly specific statistical parameters get to the Elite Eight and beyond.

Still, in the elimination format of the NCAA Tournament and any postseason game, one poor stretch of play or a scoring drought can quickly end a team’s season. Just ask Virginia, who became the first No. 1 seed in NCAA Tournament history to lose in the opening round against a No. 16 seed last year. Likewise, a team that gets hot from the 3-point arch can ride that momentum to a victory. When handicapping a contest, the biggest statistical discrepancy can come in 3-point shooting, yet it is often the hardest to predict. For example, this year’s Virginia team is back as a No. 1 seed again, and the Cavaliers are a top team with elite stat profiles on both offense and defense. Virginia is also one of the top-5 three-point shooting teams in the country, and put on a 3-point shooting clinic in their recent win over Syracuse. The Cavs tied a school record with 18 made 3-pointers while hitting 18-of-25 (72%) shots from beyond the arc. Yet just 10 days earlier, Virginia made just 2-of-17 shots from long range. The Cavs still won on the road thanks to their elite shut-down defense and just four turnovers. The point is that 3-point shooting has much variance, and will cost some teams in the tournament and help other pull an upset, like MD Baltimore County did against Virginia last year in the tournament shocker, hitting 12-of-24 three-pointers against an elite Virginia defense while the Cavs went cold from beyond the arc making just 4-of-22 long range shots.

Evaluating how a team and players will perform under pressure in an elimination format can at times be a challenge. The difficulty for many handicappers and bettors is breaking down the match-ups with less familiar teams. Evaluating the statistical information, interpreting the data and analyzing how teams and players will perform when facing a different level of class opponent often keeps bettors away from unknown teams. That includes MD Baltimore Country for most bettors last year. But more than a few bettors cashed in on 20-1 moneyline bets on the Retrievers, and one bettor in Las Vegas placed an $800 moneyline bet on the longshot and won $16,000.

Here is the $800ML that was placed on UMBC at the @CGTechnology_ book at the @VenetianVegas wins 16k pic.twitter.com/TLWY8dHyBm

Even the intangibles of coaching, leadership, experience, team chemistry, injuries and riding momentum couldn’t help Virginia to victory, but those things play a part in the process at tournament time. And of course the great equalizer in terms of betting on the college basketball tournaments and the madness during March is the point spread.

The most value in the NCAA Tournament and postseason party lies in the opening week of action, and it’s up to us to determine where the value lies along with the strengths and weaknesses of the teams. The technical side (relevant patterns) of the equation comes in evaluating situations and past performance such as a team’s strength of schedule, performance playing on the road, ATS results and level of play versus quality teams and understanding contrary patterns.

We can discuss quality guard play, interior post presence and rebounding, 3-point and free throw shooting, pace of play and a go-to-guy in any match-up. And strong shooting will prevail in a number of tournament games. But in so many contests, and especially competitively-lined games, the team that defends the best, rebounds and takes care of the basketball can often overcome the opponent or their own off-shooting night. And in no sport is coaching more important than in college basketball, and especially in postseason and tournament preparation and in-game play with adjustments.

I’ll continue with some of the fundamentals to evaluate in the NCAA Tournament and post season play including conference tournaments in my next article and tournament preview. It will include offense, defense, rebounding, efficiency ratings and stat parameters and profiles to assist you in your approach to the NCAA Tournament and post season play. All of this will be evaluated while assessing the point spread and any potential value in the line with public perception impacting the linemakers decisions as well.