FairwayJay shoots to close the season strong to complete a winning season in which his ‘underdog only’ plays are 27-18 ATS, with 22 outright winners.

We continue with our NFL picks, predictions and parlays with a focus on underdogs. A big card last week was a bit of a disappointment going 3-3 with a number of home underdogs winning outright. Dallas did deliver for us as a big home underdog outright winner, and the Bills and Jets covered but had great opportunities to win, and the Bills out-gained the Dolphins 415-175 and dominated the point of attack and rushing yards with 198 on the ground in defeat. A few bad losers included the Browns and Falcons, with some big line moves on the Falcons and Bills. 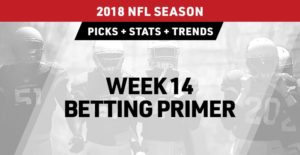 With so many offshore options and leadingonline sportsbooks to choose from and compare, along with the lines from Las Vegas, it should be reasonable to expect using due diligence in your search for the best numbers.

Now 27-18 ATS with 22 outright winners this season, let’s see if we can get some more ‘Dogs to bark in the final weeks of the season.

Fairway’s Football Forecast provides the picks and these leading online sports books offer the best experience and security to ensure you’re getting paid. Check out the reduced juice shops as well if you want to save and earn more with your wagers including NFL Week 14 picks.

LA Rams at Chicago – Bears QB Mitchell Trubisky has missed the last two games with a shoulder injury, and is expected to play. We make this bet with the confidence he will start and lead the Bears 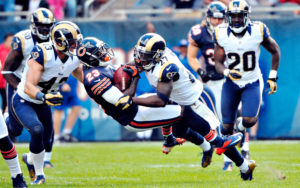 offense. We’re aware that the Rams are on a 12-2 SU road run the past two seasons with their lone loss this season at New Orleans. But Bears defense and specifically the run defense is stout, and Chicago’s 4.9 yards per play defense is best in the NFC while the Rams, even with dominant defensive tackles, is allowing 6.1 yards per play. Freezing temperatures Sunday night in Chicago and we back the Bears.

Minnesota at Seattle – Huge game in the NFC wild card race Monday night, and Seattle (7-5) and Minnesota (6-5-1) currently lead the chase. Seattle has a solid edge in the running game, and they lead the league with 148 rushing yards per game while running the ball a league-high 31.7 times per game. Running the ball has been the 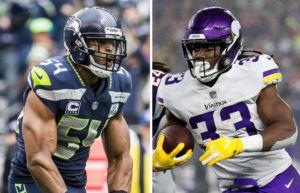 Vikings problem, as they rush it just 21.1 times per game to rank No. 29 in the league. That lack of balance puts more pressure on the quarterback, and fortunately Minnesota has a proficient passer as Kirk Cousins slings it more than 40 times per game to a pair of top receivers and tight end. A road win at Philadelphia has been offset by road losses at LA Rams, Chicago and New England last week. Time for the Vikings and their strong, athletic defense to deliver on the road. However, if the rushing numbers play out as projected, the Vikings will have to beat the odds to win and cover. But see the Packers box score at Seattle to know that the Vikings can get out-rushed handily and pass their way to success in this match-up as Aaron Rodgers did. Russell Wilson has thrown 29 TD passes and just 5 INTs with an 11/0 ratio his last four games, but he’ll be under more pressure in this marquee match-up.

Enjoy all the games as you fire for the flag and go for the green on the gridiron.