NFL Week 6 Underdog Picks and Information You Can Bet On

Now 10-6 ATS on these pages with our NFL underdog picks this season and 61-33 ATS (65%) the past 2+ years after one dud last week. Left another winner off the chart but mentioned Denver in our analysis and the Broncos (+6.5) were a solid ‘Dog outright winner at LA beating the Chargers 20-13. 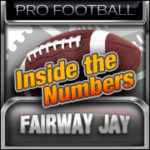 I’ve got some added insight and ATS information in this week’s article at osga.com, and Inside the Numbers updates in that article incorporated into the Week 6 underdog picks and preview.

Teams on a bye in Week 6 include: Bills, Bears, Colts and Raiders, with both Oakland and Chicago returning from London last week. Teams back in action following a bye last week include the Lions and Dolphins. One note on the NFL schedule is that both the Browns and 49ers play on a short week following a Monday night blowout by San Francisco over Cleveland 31-3, as that favorite (49ers) also was on our card and in contests. But they really got jobbed by the schedule maker, as the Browns host the Seahawks this week while the 49ers travel to LA to play a big division game against the Rams. Both Seattle and Los Angels played last Thursday, giving them extra rest and prep against teams coming off a Monday night game. That’s night right.

More NFL coverage this week and I chip in on TheLines weekly Sports Betting Podcast. 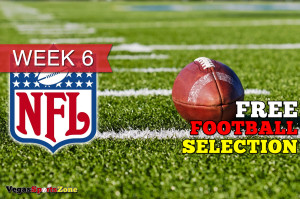 Be sure to check out this week’s market moves for Week 6 and look ahead lines to Week 7 in my weekly recency report at TheLines.

Analysis below and more coverage and information in my Week 6 picks and preview article at Offshore Gaming Association. Get the latest NFL lines from Las Vegas sportsbooks, and note +4.5 is available on the Texans at more than a few sportsbooks. 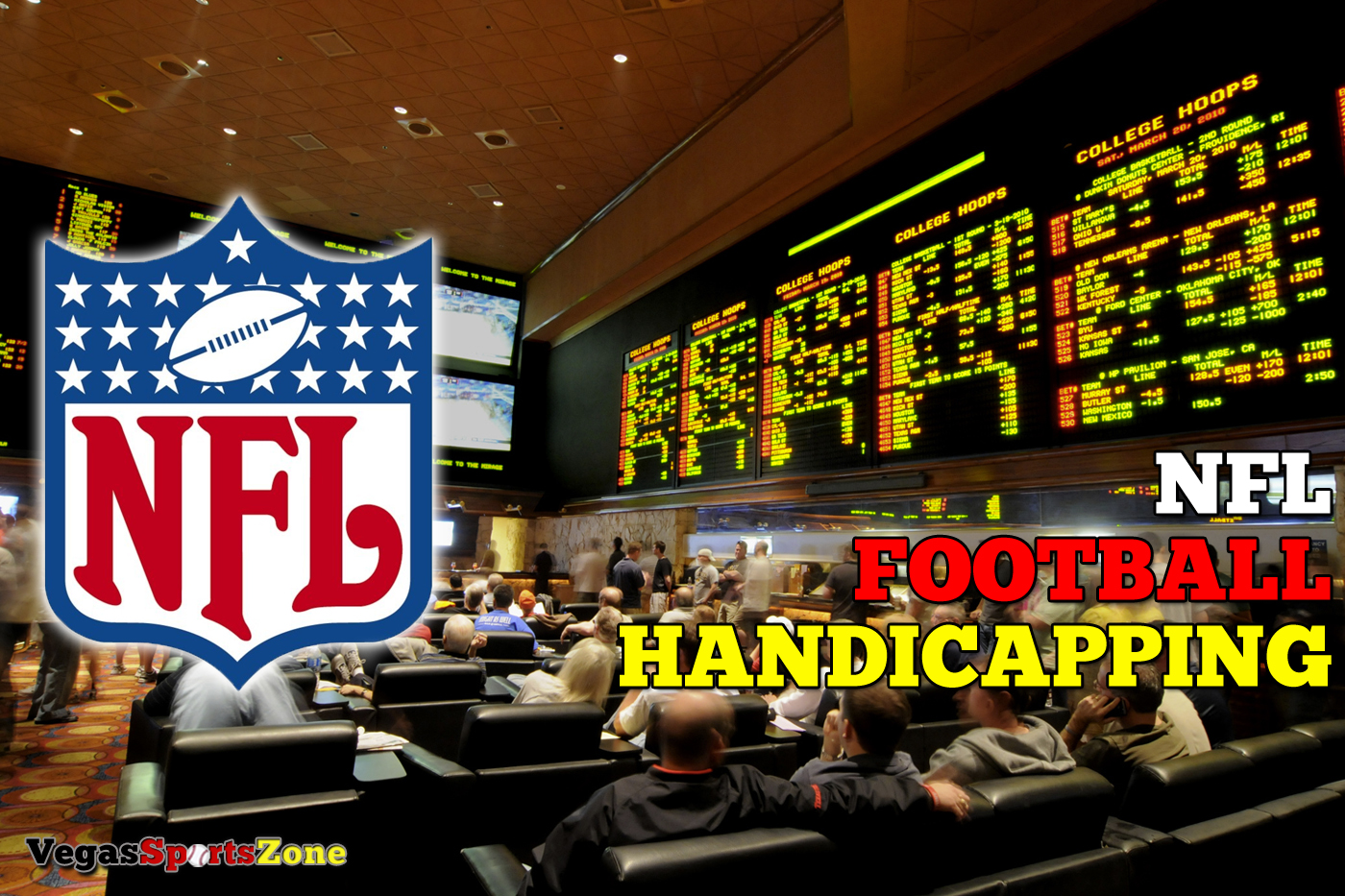 Still some +4.5 available on the Texans if you shop and have more accounts at the sportsbooks. No doubt this line has been adjusted from last weeks impressionable results by both these teams. So while there is not value necessarily on the Texans, we’ll still point out some fundambental in their favor. The Texans as mentioned exploded last week for 52 points and 592 total yards. The dynamic Chiefs were 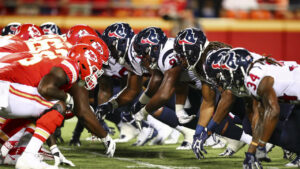 held to just 13 points at home, and few believe Kansas City will lost two straight games at home with more than 65% of the spread bets on the Chiefs at Sports Insights live NFL odds and data feed. That betting information is taken from a consensus of seven leading online sportsbooks which includes major online players BookMaker and 5Dimes.

The Texans have a more prolific passing game but not quite as strong as rushing numbers as the Colts, as the Texans offensive line is questionable at times and not as capable as the Colts were to control the ball, clock and chains in pulling the upset last week over the Chiefs at Arrowhead. But our numbers and projections still show the Texans will bigger rushing numbers and out-gaining the high-flying Chiefs, who still lead the AFC with 442 yards per game at 7.-0 yards per play led by MVP quarterback Patrick ahomes. But Kansas City’s injury report is getting longer with at least four starters out for this contest, and the Texans can more than match them with the Chiefs defense still an Achilles heel allowing 393 yards per game and 5.9 yards per play with a run defense near the very bottom of the league allowing nearly 30 attempts per game for 155 YPG at 5.0 yards per rush. Texans QB Deshaun Watson has an 11-1 touchdown-to-interception ratio and passes for 272 YPG at 8.6 yards per pass. I’m not sure either team will slow the other, as the Falcons went for 373 yards and 32 points against the Texans in Houston last week. Even with the highest total of the week (55), this still looks like an absolute shootout. We’re taking a smaller position with the Texans side.

Leading online sportsbook BookMaker has hit Saints +3 (-115) on this game, and Las Vegas sportsbooks also have +3 on New Orleans at Caesars, MGM, Coast, William Hill and Wyne. The Jaguars are becoming a popular play by many pundits again. Jacksonville (2-3) lost for the first time with rookie QB Gardner Minshew as the starter, falling 34-27 at Carolina. Three lost fumbles were certainly problematic in defeat last week, but going Inside the Numbers, we can’t overlook that the Jaguars defense was run over at the point of attack for 285 yards and allowed 445 yards at 7.3 yards per play to a 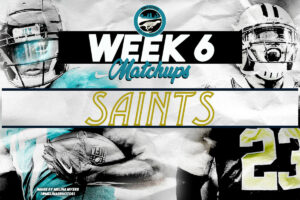 rookie QB of the Panthers in Kyle Allen. The Jaguars run defense is now allowing a league-worst 5.5 yards per rush. Minshew was still solid passing 44 times for 374 yards and 2TD’s without an interception, targeting his fellow rookie receiver DJ Chark 11 times and he hauled in 8 catches for 164 yards a 2 touchdowns to increase his production to 485 yards at 18 yards per catch and 5 TD’s this season. But Minshew will be under more pressure this week with Saints edge rushers Marcus Davenport and Pro Bowler Cam Jordan bringing the heat with the Jaguars below average offensive tackles able to slow them down consistently. So while RB Fournette may be more involved and the Jaguars running game has averaged a robust 5.5 yards per carry, we like the Saints to slow the Jags ground game and them bring more pressure on Minshew. New Orleans was able to shut down Dallas and RB Elliott to just 45 total yards in a Week 4 win over the Cowboys, and they also held the Seahawks and Rams to 115 rushing yards or less this season.

The Saints (4-1) are on top of the NFC South and backup QB Teddy Bridgewater is now 3-0 as the Saints starter. He had a breakout game last week with 314 passing yards and 4 touchdowns, and All Pro WR Michael Thomas has caught 20 passes for 278 yards and 2 TD’s the past two weeks. Teddy is still throwing underneath more often, but like Carolina and Panthers RB McCaffrey last week, the Saints

Playing these competitive ‘Dogs (6 points or less) on the moneyline for a portion of your bets is a worthy wager as well as we look for our 41st outright underdog winner on these pages the past 2+ years to add to our 61-33 ATS (65%) ‘Dog log posting NFL underdogs plays. Read more about my 8 straight winning season in NFL point spread prognosis and my background and NFL handicapping success, strategies and sports betting stories.