NFL Week 17 Underdog Picks and Information You Can Bet On

Last season it was a 3-0 sweep in Week 16 and a 6-0 finish in the final three weeks that propelled us to a 35-19 ATS (65%) season picking only underdogs on these pages. That included 26 outright underdog winners. Last week it was a disappointing 0-3 result in Week 16 plus a push for those that shopped lines. That drops the season mark to 25-26 ATS and our 3-year record on these pages picking NFL underdogs each week to 76-53 (59%). 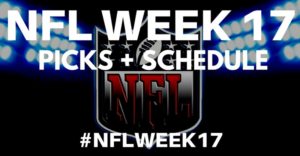 We’re taking some risk in a tricky and challenging Week 17 supporting two ugly underdogs with rookie quarterbacks that started the season on the bench. In the Lions case, it’s a backup to the backup. For added insight and information on this year’s betting results and teams that are powering their way to profits and success in the running game, read my recent Inside the Numbers article. Hopefully you’ll gain more insight into NFL handicapping and betting, and add additional arsenal to your game to learn as you earn.

Let’s roll with a pair of home underdogs and some added value hoping our teams young quarterbacks make plays, minimize mistakes and and show better as home underdogs against division rivals with something to play for in Week 17. Home underdogs went 3-4-1 ATS last week and are now 36-42-1 ATS this season.

Read the entire article and more game analysis at osga.com.

This line keeps rising and is borderline ridiculous. The Packers (12-3) secured the NFC North title with a dominating 23-10 win at Minnesota on Monday night. That followed another division duel the week prior when the Bears out-gained the Packers 415-292 at Green Bay but lost 21-13 thanks to a 3-0 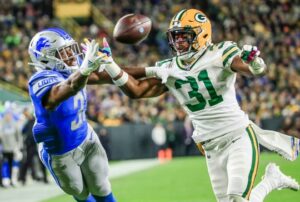 turnover disadvantage. The Bears took money and closed a 5.5-point favorite at Detroit on Thanksgiving in rookie QB David Blough’s starting debut for the Lions (3-13-1). Chicago scored a late TD to escape with a non-covering 24-20 win. Now the Packers are laying 2 TD’s on the road? The Lions will come to play, and hopefully Blough will be better as since his debut, Detroit has failed to reach 300 yards offense in their last three games. Officials had a major impact in these two teams first meeting in Week 4 when the Lions led the Packers 22-13 in the fourth quarter, but some questionable officiating helped lead the Packers to 10 unanswered points including the game-winning field goal at the gun. The league admitted the referees made a mistake on a late penalty call, and it’s been all downhill for the Lions since. This line could push upward further by kickoff at some sportsbooks, so take the best number on the Lions and show some balls betting on Detroit.