As the NCAA Tournament brackets we’re unveiled, the top seeds finished as expected heading into the final week of conference tournaments. Now it’s time to get your brackets, picks and pools completed, and research and prepare for the biggest sports betting event of the year – March Madness. Sharp handicappers and bettors that have done preliminary homework on teams will offer NCAA Tournament betting tips and fire in early bets as the sports books release the lines Sunday night and Monday. Those that are prepared with insight and info on the teams and understand some of the keys to NCAA Tournament success will have an edge. Hopefully the overview and insight I provide for the top-seeded NCAA Tournament teams and the stat profiles will assist you further in your pursuit of profit and pool success. 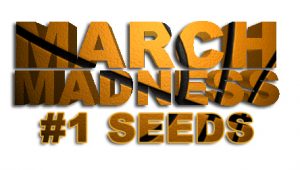 The NCAA Tournament ‘officially’ begins Thursday, March 21 following the ‘First Four’ play-in games. And while those First Four teams and other higher-seeded tournament teams are big long shots to win the national title, it’s a rewarding accomplishment if any team seeded 8 or higher can advance to the second weekend of tournament play and the Sweet Sixteen. Recall two year’s ago No. 8 Wisconsin upset No. 1 Villanova as a 6-point ‘Dog, and the Wildcats were the highest scoring and most efficient offensive team during the regular season. The Badgers then lost in overtime to Florida, just missing an Elite Eight appearance. But No. 7 seed South Carolina surged past No. 2 seed Duke in nearby Greenville, SC to advance to the Sweet Sixteen, and then beat both Baylor and Florida as 3-point ‘Dogs to advance to the Final Four before losing to Gonzaga. 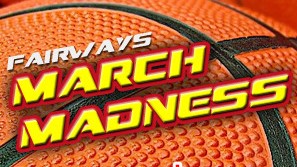 Last year No. 11 Loyola Chicago made their magical run to the Final Four, and we also witnessed the first ever No. 1 seed lose in the opening round to a No. 16 seed when MD Baltimore County shocked ACC regular season and conference champion Virginia.

The payoffs can be rewarding as well when wagering on teams to win a NCAA Tournament region or just riding a hot underdog through the brackets.

We’ll evaluate some long shots that could pull some upsets, but the No. 1 seeds and other top teams in the brackets get the much of the attention and headlines, and are most popular in the NCAA Tournament pools and betting market. We started our Countdown to the NCAA Tournament with the projected No. 4 seeds, and then covered the No. 3 seeds, followed by the No. 2 seeds, and in this analysis we’ll evaluate the projected top teams and No. 1 seeds.

Duke won the ACC conference tournament with Zion Williamson back on the court, and beat Virginia two times with him in the lineup. North Carolina beat Duke twice with Wiliamson out, but couldn’t take them down in the ACC Tournament when he returned. Gonzaga beat Duke earlier in the season, but lost to North Carolina.

As you complete your brackets and pools, know that 24 of the last 28 NCAA Tournament champions have been either a #1 or #2 seed. Since 1997, the eventual national champion has been seeded no lower than #3 in every year except 2014 when UCONN pulled the shocker as a #7 seed.

Since 1985 when the NCAA Tournament expanded to 64 teams, No. 1 seeds have captured 22 national titles, including 9 in the last 14 years.

Odds to win the national title are taken from the South Point sportsbook effective March 12, so you can compare to recent adjusted odds and see how they evolve into NCAA Tournament week. However, if you’re wagering on teams to win the NCAA Tournament or regions, be sure to compare odds and make wagers at the top online sportsbooks.

This year there is no RPI used by the NCAA Tournament Committee, Instead, a new rating system and NCAA Evaluation Tool (NET) is used. The NET relies on game results, strength of schedule, scoring margin, net offensive and defensive efficiency, game location and the quality of wins and losses in determining NCAA Tournament teams and seedings. You’ll see a teams NET ranking listed below.

Overview: Duke is the #1 overall seed after winning the ACC tournament. The Blue Devils also beat ACC regular season champ Virginia two times during the season, and have college basketball’s most dominant player in Zion Williamson (22.1 PPG, 8.9 RPG), who hit better than 69% of his shots this season. After missing six games with a knee sprain after blowing out his shoe in the opening minutes against North Carolina Feb. 20, Williamson dominated the first two ACC tourney games with 29 and 31 points and a combined 25 rebounds. Duke got their redemption against North Carolina 74-73, and then beat Florida State to win the ACC Tourney with Williamson settling for 21 points. But Duke has other highly-regarded pros in fellow freshman forwards RJ Barrett (22.9 PPG, 7.5 RPG) and Cam Reddish (13.7 PPG). Add in freshman PG Tre Jones and Duke is dominating with an abundance of youth and talent. Duke defends very well for having such youth and players learning their way together, ranking top 6 in adjusted defensive efficiency. The Blue Devils balance defense with a top-6 efficient offense that averages 83.5 PPG (top-6 in country) and plays fast. The weakness is surprisingly significant, as Duke shoots poorly from beyond the arc ranking last in the ACC in 3-point shooting (30.2%) while tied with North Carolina for most 3-point attempts. Capable and quality teams will pack the paint and force Duke to shoot from the outside. But Duke is heavily favored to win the NCAA Tournament, now at 2-1 odds or less to cut down the nets. There is not any value on this Duke team and the prices each game will be inflated with so much batting activity on the Blue Devils. However, the 2015 Kentucky teams had pros throughout their lineup and was undefeated that season until getting upset by Wisconsin in the Final Four. Still, note that No. 1 seed Villanova ran through the brackets last year going 6-0 SU and ATS on their way to winning the National Championship.

Overview: Gonzaga had another special season, winning 30 games and setting scoring margin records in West Coast conference play where they went 16-0. But a loss to St. Mary’s in the conference tournament championship as a 15-point favorite has skeptics less bullish on the Bulldogs. KenPom’s numbers say that Gonzaga is still the most efficient offensive team in the country. They generate fast-break points and space the floor well. And Gonzaga defends well with confidence and length. The Zags have a pair of All-American candidates in forwards Rui Hachimura (20.1 PPG, 6.6 RPG) and Brandon Clarke (16.5 PPG, 8.4 RPG), and Gonzaga beat Duke back in November 89-87. Duke had all their freshman stars in the lineup, but was still learning. Three weeks later Gonzaga lost to Tennessee on a neutral court and at North Carolina, allowing 103 points in defeat while getting out-rebounded badly and allowing 52% FG and 13-of-25 shooting from the arc. Much to like about Gonzaga, including PG play of Josh Perkins; one of four players in the NCAA Tournament with at least 200 assists. Gonzaga really got a favorable draw and bracket to the Elite Eight. But a much stronger challenge awaits in the lower part of their West bracket and potentially Duke or Michigan State in the Final Four. That lack of consistently facing top-level competition through January and February will prevent Gonzaga from ultimate glory.

Overview: Coach Williams’ Tar Heels always play fast and put pressure on opponents through transition and pace. But strong defensive teams that are well-coached and force Carolina to try and play smarter and in the half court have success – see Virginia and Texas A&M’s upset of NC in last year’s NCAA Tournament 2nd round. North Carolina is the top-rated tournament team in tempo and pace, and top-10 in both adjusted offensive and defensive efficiency. They hit the offensive glass hard, leading the ACC in rebounding margin (+9.7), which was much better than the next two teams Duke (+6.1) and Virginia (+4.9). Luke Maye (14.7 PPG, 10.5 RPG) is the dominator inside while 6-9″ Cameron Johnson (16.9 PPG) is a versatile sharp shooter that really stretches the floor and hits better than 46% from the arc (tied for ACC best) while leading the team in scoring. Coby While (16.2 PPG) is a playmaker at the point along with Kenny Williams, but White turns the ball over too much and Carolina does not play with the same smarts as their two top-seeded ACC rivals or other top teams. The Tar Heels really came on at the end of the season to work their way up to a No. 1 seed, and only Duke and Virginia were able to slow them a bit and beat North Carolina. The better and more capable teams that also defend are in the bottom half of Carolina’s bracket, but coach Williams needs elite talent and production to win the National Title like two years ago, and this Tar Heel team is not quite terrific or elite.

Overview: Year after year since taking over Virginia’s basketball program in 2009, Tony Bennett has proven his elite status in the coaching ranks. Bennett doesn’t get the elite talent or McDonald All-American’s like the blue blood programs, but he molds his teams into cohesive units and his program and personality represents class. Even in the face of the devastating defeat last year becoming the first-ever No. 1 seed to lose to a No. 16 seed in the NCAA Tournament, there was Bennett using the situation and surrounding events as a learning experience for his players and program. Yet the Cavaliers are back again as the ACC regular season champs. Virginia is so fundamentally sound and the players work tirelessly on both ends of the court. Going through the ACC is tough enough, but perhaps Bennett’s teams are worn down towards tournament time with their intensity and status as a defensive dominator throughout the season. That’s why losing in a major conference tournament should not be seen as a downer for top or elite level teams, as they avoid more back-to-back games and any potential fatigue factor for the big dance. Virginia lost in the ACC tournament semifinals, but no concerns. Virginia’s stats are elite, top 5 in adjusted offensive and defensive efficiency, and more balance and scoring with stronger shooters. And the Cavs take care of the basketball, joining Michigan as the top two teams in the country with fewest turnovers per game (9.0). Guard Kyle Guy (15.6 PPG) led the ACC in made 3-pointers and tied for league-best long range shooting at better than 46%. De’Andre Hunter (15.1 PPG) is a potential pro and joins Guy as a 3rd team All-American. Point guard Ty Jerome (13.0 PPG) averaged an ACC-best 5.4 assists per game and has one of the best assist-to-turnover ratios in the country as he continues his improvement as a NBA prospect. Virginia is a team to pull for, and has the players and parts in place to reach the Final Four in Minneapolis and let the chips fall where they may against teams seen as more talented.