September Bye Weeks And College Football Situations You Can Bet On

In college football, this can be a real benefit to the rested and prepared team, especially later in the season as teams deal with more fatigue, injuries and pressure to perform in a conference title run or bowl game bid.

Teams with a bye this week on Sept. 28, and opponents on deck the following week.

In addition, these teams in bold play on Saturday, Sept. 28 following a bye last week:

No. Illinois (+6) at Vanderbilt

These games feature both teams playing off a bye

These coaches and teams are ones to watch, as the coaches ATS record off a regular season bye is noteworthy. 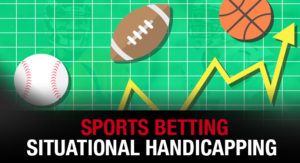 A little more on Matt Wells and his intensity taking over Texas Tech this year after success at Utah State.

Other bad situational spots include teams playing back-to-back road games against home teams off a bye. This is a positive and profitable profile for the rested and ready home team.

If you follow my weekly Top 25 report in Forbes, know that BetLabs reports that Ranked teams at home following a bye have covered the spread nearly 59% of the time since 2005 (sample size nearly 200 games).

Also, Top 25 teams that lost their previous game before the bye, have covered the spread nearly 66% of the time in their next game.

I’ve outlined the early Oct. 5 bye week teams below as you look ahead to October college football. Teams in bold are currently ranked in the AP Top 25.

These are additional pieces to add to your handicapping arsenal, but know that you still must evaluate the match-ups, motivation, injuries, statistical profiles and betting lines. The linemaker makes adjustments to early season results, power ratings and to the bye week situation, and especially to rested and ready teams playing with redemption.