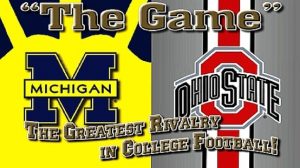 Rivalry games are considered the lifeblood of college football and some of the most anticipated games of the season. This is a time when bitter enemies play for personal pride, past players, fans, recruiting wars and state supremacy. The underdog may have a losing record and be playing this as their ‘bowl’ game to salvage a lost season while also trying to ruin the enemy’s season. These contests attract special attention and coverage from the media, but thousands of fans and alumni across the nation look forward to at least one contest per season; the game against their biggest rival.

These rivalry games present an interesting dynamic from a handicapping and betting perspective, as statistical profiles and won/loss records are often trumped by emotion, intensity and the situational handicapping that is at its contrary peak during rivalry week. Major line adjustments are made not only from recent results, but the situations surrounding teams such as bowl eligibility, conference title game appearances or in a number of team’s cases with upcoming rivalry games – a chance to secure a spot in the BCS playoffs and a shot at the national championship.

Alabama, Ohio State, Michigan and Clemson are the teams at the top of the current Bowl Subdivision Poll ranked by the College Football Selection Committee. Those four teams, along with the next four Washington, Wisconsin, Penn State and Oklahoma, all play in big rivalry games and/or a conference championship play-in game this weekend (Oklahoma Dec. 3).

In addition, this weekend features many other key rivalry games.

Oklahoma State at Oklahoma – Bedlam on Dec. 3 for Big 12 title

As you analyze the teams, statistics and situations surrounding these rivalry games, know that the emotions are high and the pressure to win is often at its peak. Recognize the betting lines, value and what’s at stake before you bet, raise or consider going ‘all-in’. Going broke because your emotions caused you to go on tilt is not a disciplined approach or prudent play. And if you believe that even the biggest ‘Dogs are too ugly to back with your hard-earned money, I’ll remind you that nearly a decade ago in 2007 we cashed our biggest rivalry game of the season when the Pitt Panthers (+29) upset undefeated West Virginia 13-9 in the Backyard Brawl to knock the Mountaineers out of the national championship picture. Our big puppy ‘Dog also delivered an easy ‘under’ the total winner in that game against the high-powered West Virginia offense; proving again that defenses and intensity levels rise in these emotional rivalry games.