Sat., Nov. 12 was a good day for members and our Top Plays, which went 3-1 as the lone loss came in the closing minute when Troy completed a 43-yard pass on 4th-and-6 and followed with a 11-yard TD run on the next snap to beat Appalachian State (+2), 24-20. But we had a couple good road scores as South Florida rolled into Memphis and piled up the yards and points in a 48-41 win. The back and forth game ended when Memphis failed to punch in a late score. The Bulls piled up 679 yards including 416 pound the ground rushing yards as super duel-threat QB Flowers rushed for 210 and completed 24-of-29 passes for 263 yards against the Tigers deficient defense. 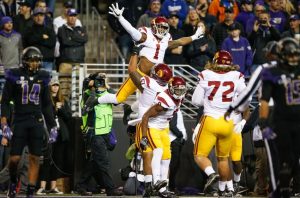 USC (+8) delivered another Top Play winner as the Trojans handed Washington their first loss of the season 26-13 in Seattle, and may have crushed the Huskies hopes of a National Title Playoff run. The Trojans out-gained the Huskies 400-276 and held Washington to 27 net rushing yards as they pressured QB Browning and sacked him 3 times. The Huskies are feeling more fatigued following the defeat as their top tackler LB Azeem Victor was lost for the season and had surgery Sunday on his broken leg. The Huskies had already lost their leading pass rusher LB Joe Mathis (foot) for the season in early November.

Here is the analysis I provided for those two games. 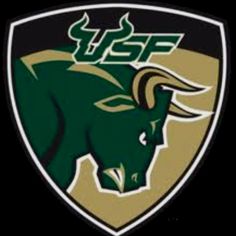 We had a solid winner Tuesday on one of our favorite teams this season in under-rated and most improved Eastern Michigan. Saturday we’ll line up with another team that stays under the radar despite some big offensive stats. Both South Florida (7-2) and Memphis (6-3) are bowl eligible, but only one of these teams is the real deal. Memphis has been out-gained in four of their last six games, but the Tigers blasted defenseless SMU last week 51-7. That was the Tigers fifth win against a weak team this season. As you’ll read below, the Tigers have been dominated by quality teams this season and South Florida certainly qualifies while featuring one of the country’s most balanced and efficient offenses. The Bulls are an under-rated power that ranks No. 6 in the country in rushing and yards per play offense. Quarterback Quenton Flowers is one of the best duel-threat QBs in the country, and Memphis does not have the defense to slow him or the Bulls balanced, high-octane offense that averages over 43 points per game and better than 500 yards per game.

South Florida enters off a bye and the Bulls are rested and ready to get their redemption for their lone home loss last year against Memphis. The Bulls lone loss in AAC action was to first place Temple when they scored a season-low 30 points. That happens to be Memphis’ only quality win this year, but the Tigers were out-gained by Temple by more than 200 yards while allowing 531 yards. In fact, against the four quality teams Memphis has faced, they have allowed an average of 530 YPG and at least 40 points in three of those games including 59 to Tulsa in a one-sided home loss two weeks ago allowing nearly 600 yards offense including 362 rushing.

The Bulls have an even stronger running game and offense. South Florida rushes for better than 280 YPG and they should eclipse that number against a Memphis deficient defense that allows 205 rushing YPG at 4.9 YPR. South Florida averages 7.0 yards per play (YPPL) which is No. 6 in the country, and the Bulls allow 5.8 YPPL. Memphis averages 6.1 YPPL and allows 5.5 YPPL, so the Bulls have a net YPPL differential of +0.6 over the Tigers, which is a key indicator at this time of the season. Memphis is not as strong at the line of scrimmage rushing for 162 YPG but passing for 293.

Well aware the Bulls are likely without their place kicker Emilio Nadelman (quad) this week, but graduate transfer Brandon Behr is a capable replacement. Coach Willie Taggart has his team prepared and ready off the bye. “I thought this week was probably our best week of practice offensively. I thought our guys were really locked in to the game plan, and the execution was sharp and it was good to see. I thought Quinton (Flowers) threw the ball really well this week in practice.”

We’re counting on Flowers and the Bulls minimize mistakes and turnovers, as the match-ups, stats and situation suggests South Florida should (Bull)doze their way over the Tigers for a solid road win.

The marquee match-up Saturday should be superb, as undefeated Washington (9-0) hosts USC (6-3) in Pac-12 play. The fundamental match-ups and the math suggests USC can hang with the Huskies in an expected close contest. The Trojans are playing their best ball on a 5-0 SU/4-1 ATS run. With QB Darnold under center the last six games, USC has been one of the strongest and most balanced teams in the country while also rushing for at least 270 yards in each of their last 3 games. The Trojans defense is talented and held Oregon to just 288 yards offense last week in a 45-20 win. That was just the second time in the Ducks last 54 games that they were held under 400 yards offense, and the Trojans defense was dominant. Clearly the Huskies are the real deal, and QB Browning has been superb passing for 34 TDs with just 3 INTs and the defense playing at a high level holding 7 of their last 9 opponents under 380 yards. Recall USC lost to Washington last season as a 17-point favorite, and now they are getting more than a touchdown playing their best ball. Pressure building on undefeated Huskies as they push towards a final four playoff spot, but we expect a big challenge from the Trojans.