As the calendar turns to February each college basketball season, teams make their push for conference titles, conference tournament championships and an NCAA Tournament bid. Home court continues to play a pivotal role in a team’s success. While many teams at the top of the standings remain undefeated at home or have just one or two losses on their home court, the bottom teams remain competitive at home with a majority of them having a winning home record. 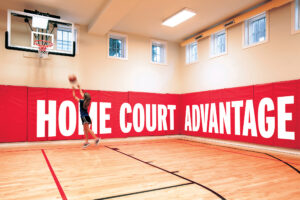 I’ve updated the undefeated home teams below from the list and article I provided last week at Offshore Gaming Association. Yale fell from the unbeatens at home last Friday night in a 1-point loss to rival Harvard, but Yale (5-1) is still tied with Princeton on top of the Ivy League.

Last night, all three top teams won on their home court to remain undefeated at home with No. 6 Dayton (-11) and No. 4 San Diego State (-15.5) both covering as double-digit favorite while No. 9 Maryland (-18) held on for a 2-point win over Nebraska. Dayton (22-2) is still undefeated in Atlantic 10 play at 11-0 after taking down second place Rhode Island 81-67. San Diego State (24-0) is the only undefeated team in the country and running away with the Mountain West Conference while Maryland (20-4) remain on top of the Big Ten at 10-3 with a key game at Michigan State (9-5) Feb. 15 and a rematch at home with the Spartans Feb. 29.

The Big 12 has two teams projected as No. 1 seeds in the NCAA Tournament with Baylor (22-1) leading the league at 11-0 followed by Kansas (20-3) at 9-1 in Big 12 play. Both those teams have 1 home loss, and Baylor (9-0) joins San Diego State (9-0) as the only teams that are undefeated on the road. Gonzaga is the only 1-loss road team, and the Bulldogs are also one of 14 teams currently undefeated at home. 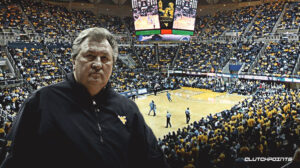 There is also a Big East battle of Top 20 teams with both Villanova (17-6) and Marquette (17-6) each 7-4 in conference play tied for second place behind No. 10 Seton Hall (10-1), who hosts the other second place team Creighton.

Other Conferences of Note:

March Madness and the NCAA Tournament are part of the college basketball discussion daily moving forward, but plenty of other teams still pushing for a winning record and minor postseason tournament invitations and improved play down the seasons closing stretch. That includes rivalry games like Nevada (15-10) at UNLV (12-13) Feb. 12.