Following the PGA Championship and 50-year-old Phil Mickelson’s historic win, the PGA Tour heads to Dallas/Fort Worth for the Charles Schwab Challenge. The annual event at private Colonial Country Club is the longest running non-major event on the same golf course.

Check out the early odds of the leading contenders from the Westgate SuperBook in Las Vegas, along with the power rankings for this week’s Charles Schwab Challenge, and information on using Strokes Gained stats.

A total of 24-of the top 50 players in the world golf rankings will tee it up at Colonial this week. Just 121 players in this week’s invitational event, and two-time Colonial winner Phil Mickelson will compete following his win at the PGA Championship. 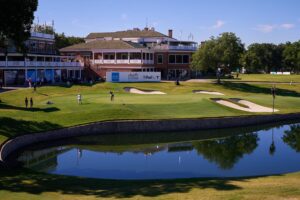 Nicknamed ‘Hogan’s Alley’ after five-time Colonial winner Ben Hogan, Colonial Country Club is an old-fashioned style course that requires an emphasis on tee-ball and ball-striking accuracy and strategy. Sharp iron players and ball strikers succeed – shot-makers and shot-shapers – and strokes gained Putting becomes a more important stat this week. Golfers with the best short games have typically done well, and the list of winners at Colonial is filled with top ball strikers.

The tournament match-up record is now 16-5 since the start of 2021 and the Sony Open. That includes another winner last week the PGA Championship by the weekend when our match-up opponent missed the cut, but a disappointing 1-1 result. We also had a recent outright winner at 100/1 odds at the Valspar Championship, with Sam Burns, and was on a 9-1 run at one point into the RBC Heritage at Harbour Town in April.

That included a 2-0 match-up results at The Masters, a 4-0 run since the Honda Classic, where we had longshot Matt Wallace as a match-up winner by the weekend, and 5-1 since The PLAYERS Championship when we had Justin Thomas as both the outright winner and tournament match-up winner. Continuing a 6-1 run since Will Zalatoris (+4500) delivered a top-10 finish as a golfer to watch and another match-up winner for us in the Arnold Palmer Invitational, and 8-1 since the WGC Workday with two more match-up winners (plus a push), and a golfer to watch in Collin Morikawa (+4500) who won the tournament outright. Finally, the run was 9-1 back to the Genesis Invitational at Riviera where we whacked another easy match-up winner (plus a push) when our opponent missed the cut. 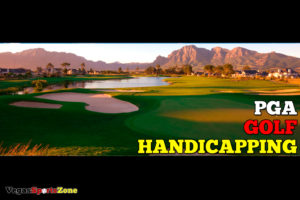 Some key strokes gained categories and stats of interest this week include:

Horse for the Course: Jordan Spieith. He’s a Dallas resident and betting favorite this week. Spieth won the event in 2016, and has a pair of runner-up finishes and two other top-10s in eight starts.

This match-up is closer to even then +130 underdog of Lucas Glover. The stat profiles of SG: Ball Striking, Approach and Short Game are essentially identical over each of the players last 36 rounds. But Glover is significantly better Around the Green, and also better Tee-to-Green, where he’s gained strokes in seven straight events. Glover is top-30 in this field over his last 36 rounds in Tee-to-Green, Ball Striking, Around the Green. Those stats all improve to top-10 on Bentgrass green courses like Colonial, and his Off-the-Tee ranks top-25. Glover’s weakness of Putting is not as big of an issue this week on flatter putting surfaces, and he’s also better on Bentgrass. Palmer is a large favorite because he’s finished top-10 in three of his last seven starts at Colonial. He’s also missed the cut three times, and is in poor current form. Palmer has finished outside the top-45 in two recent events prior to missing the cut last week at the PGA Championship. It may seem like he’ll bounce back at Colonial, but he’s lost strokes on Approach and Around the Green in three straight events. Take the value and let the shots fall where they may.

For more chip-ins, match-ups, prop bets, stats and profiles, reach me directly and I’ll chip-in more insight and information you can bet on.