Betting the Bowls and Totals

Evaluating Totals and Rest when Betting the Bowls

College football Bowl betting kicks off this weekend and the leading sports books are ready for the bowl betting bonanza. The annual support on betting ‘over’ the total in the early bowls is taking action as expected. That despite last year’s opening eight bowl games having a significant drop-off in scoring. Totals went 1-7 over/under in the first eight bowl games last year.

If you look at the betting lines and totals for the first nine bowl games this season from Dec. 16-21, you’ll notice eight of those games have seen the total bet up from the opener. The only game holding steady is the highest posted total on Dec. 20 in the Frisco Bowl between SMU and Louisiana Tech, which has a total of 70. 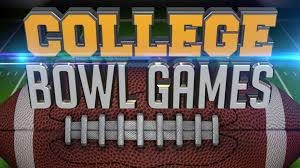 As you evaluate the teams and games, and look ahead to the marquee match-ups and biggest-bet bowl games after Christmas, you may enjoy having some of the facts related to rest when betting college bowl totals. Along with analyzing the match-ups, stats and past results and opponents, it may serve you well to evaluate the facts related to rest and the impact on scoring.

Many fans and bettors don’t like that teams have such a long break between their final regular season game and a bowl game. But know that these student-athletes are studying hard (didn’t you?) with many finishing finals this week. While the product on the field for bowl games has become diluted, make no mistake that bettors love to have more games to bet on as the college football season comes to a close. Factoring in the impact of coaching changes and injuries (or suspensions, etc.) is part of the point spread puzzle during the bowl season, as is a team’s motivation. Is a team focused, preparing well and able to execute against a stronger opponent? Are they excited and motivated for the bowl game and opponent?

How will the nation’s second-leading passing offense (376 YPG) and Air Raid attack of Washington State do without their two leading receivers Martin and Mack? The Holiday Bowl match-up against Michigan State was already a tough one for the Cougars with the Spartans 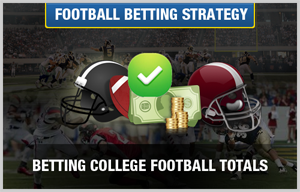 top-10 defense allowing less than 300 yards per game and 20 points per game. But not sure MSU was going to slow the ‘Air Raid’ attach of the Cougars with their top receivers available. Still, one of the lower posted totals of the bowl season in this top-20 matchup (45 points).

Last year I provided a chart that I’ve included below showing the impact of scoring related to rest during bowl season. During the regular season, rest or a bye week is often meaningful for teams as they prepare for a big game or conference opponent with more at stake. You can argue that extended rest for a bowl game gives teams more time to prepare and game plan for an opponent, but the timing on offense is likely impacted more while defenses often hold an edge with more preparation. Other distractions including final exams, holidays, travel, injuries or suspensions, coaching changes and bowl festivities clearly impact preparation and focus.

As you’ll see by the stats below, the rest factor is a pretty significant hurdle for teams, and especially the more powerful and high-scoring offenses in bowl games. The longer the rest, the less they score, and the greater time between games can often mean the team is playing in a better bowl and against better competition. However, when teams play a strong bowl opponent, they often find scoring and offensive efficiency and production to be a little tougher, as those better teams often have faster players with stronger defenses. Yet the sports books and bettors will often base scoring averages and results on season averages without taking enough credence in the stronger opponents and strength of schedule to see how they performed against the better teams.

The linemaker knows the tendency of bettors to play and bet on more scoring, so you already have a slight tax on many games when playing over the total. But the bottom line is that the perception that teams score more with additional rest is often not the reality.

While line and total moves can impact data and results, the numbers and information provided are valid and are used to show how scoring does not often reach the expected levels when factoring longer rest and preparation time.

Bowl teams that scored at least 39 points per game this season: Highest is Memphis at 48 PPG. 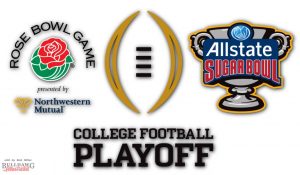 Of course you need to evaluate the stats and match-ups, and note if an opponent has a stronger or weaker defense, along with health and injury issues or related factors like coaching changes during bowl season.

Here are some match-ups of note with high-scoring teams and totals:

National semifinal Rose Bowl on Jan. 1 – Georgia vs Oklahoma. The Sooners opened a 1-point favorite and the Bulldogs are now a 2-point favorite with the total up slightly to 60. Both teams will be playing with 29 days rest. Georgia had a top-4 defense in yards allowed (272) while Oklahoma allowed 384 YPG.

In evaluating the scoring in relation to rest, the offensive production as shown is less in all cases when the rest gets longer between games once the rest exceeds 21 days. In fact, these high-scoring offenses often actually under-perform by their expected production by a minimum of 5 points per game. In the rare cases when rest exceeds 39 days or more, the scoring really drops off. However, with the bowl playoff, there is now a semi-final round so we won’t see that extended time off between games.

Recall last year’s two national semifinal games with low-scoring results. Both games stayed under the posted total by at least 20 points, despite also getting bet down heavily at the sports books near game time.

Note Oklahoma and Auburn was expected to be a shootout in the Sugar Bowl with a closing total of 67. It never came close in Oklahoma’s 35-19 win.

While there were some significant shootouts during last year’s bowls, additional low-scoring results showed that some of the high-scoring teams like Louisville (42 PPG) can still get slowed, as LSU shut them down 29-9 on New Year’s Eve.

Evaluate the match-ups and know which defenses can dominate, as top defenses and coordinators will often slow down offenses with extra time to prepare, and especially those not as efficient or balanced.

Here are the top 15 defenses in college football this season in opponent yards per game:

While we need to factor in rule changes and increased scoring averages when analyzing or using past totals and numbers in our analysis, it’s still an exercise we can use as a tool and understand that the stats used during the regular season do not always meet the production or expected levels set by the linemaker during bowl season.

Like the betting lines that are often inflated towards the popular and top teams, understand that the totals are also set slightly higher during bowl season knowing that betting action is more often influenced with scoring in mind.

One game that I’m counting on to have less scoring than expected is the New Year’s Day Citrus Bowl between LSU and Notre Dame. Despite that total also being bet up to 51.5, we’ll be playing under the total. You can bet on it.