I’ve covered the Arnold Palmer Invitational from tee-to-green as the top players take on the challenge at Bay Hill Club and Lodge in Orlando. Five top-ranked players are skipping the event ahead of The PLAYERS Championship next week, but highly-ranked top of the market players are taking more bets including the favorite, RoryMcIlroy.

Full odds from leading online sportsbooks at FanDuel, DraftKings, BetMGM and William Hill are available in my API tournament preview at TheLines.  The leading favorites and odds are also below from the Westgate SuperBook in Las Vegas.

Outside of the leading favorites, I chip-in Golfers to Watch that have better odds outside of 30/1 and are worthy contenders for a top finishing position and potential outright win. Picking a winner is most difficult, although a majority of the betting public picks most favorites to win. 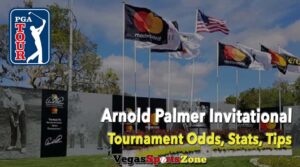 Rory McIlroy is the +1000 favorite at @WilliamHillNV, followed by Viktor Hovland and Bryson DeChambeau at +1200 each.

Check out the latest odds, trends and read more ⬇️

Last week, Collin Morikawa cashed in at +4500 to win as a Golfer to Watch at the WGC World Championships at The Concession. Here are four more Golfers to Watch that fit stat profiles, value odds and potential to win or gain a more realistic top 5, 10, 20 or even Top 30 finish. We also nailed two more tournament match-up winners along with a push, and now 5-1 on those tournament match-up plays in recent tournaments and you can check out this week’s plays in the Arnold Palmer Invitational preview and tips.

Tommy Fleetwood (+4000 DraftKings & BetMGM): Fleetwood failed to deliver last week in his 2021 PGA Tour debut. He finished T44, but his Strokes-Gained ball striking stats were solid over the weekend. His SG: Approach stats are not strong over his last 36 rounds, but his Short Game and Around the Green Stats are competitive. More European players have thrived in this event, and Fleetwood’s solid Ball Striking and course fit from the tee make him a more likely contender this week. Fleetwood has finished top 10 in 5-of-9 starts on the traditional Florida Swing, which includes two top 10 finishes in this event the past four years.

Will Zalatoris (+4500 DraftKings): Zalatoris was also on our Golfers to Watch radar last week at longer odds, and he delivered until a double-bogey on the final hole dropped him to T22. Still, as he makes his debut at Bay Hill, his Tee-to-Green game fits well with longer par 4’s and birdies to be made on the par 5’s. Zalatoris has four top 10 finishes in 10 starts since last year’s U.S. Open. Three other top 20 finishes including at Riviera and just missing last week. As his 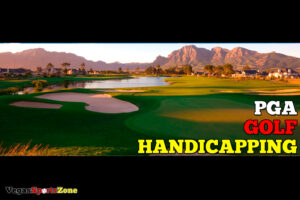 putting comes around, this 24-year-old will be tearing up the tour. His top 20 stats over his last 36 rounds in SG: Approach, Ball Striking and Tee-to-Green make him one to watch.

Cameron Davis (+8000 DraftKings): Davis is a solid sleeper with a ton of talent, as the big-hitting, tall and slender 26-year-old Aussie has the game and can really score. Over his last 36 rounds on Bermudagrass, Davis ranks No. 11 in this field in SG: Total with top 10 in Tee-to-Green and Ball Striking, which has been a real strength in some key events this year. He finished third in the American Express the end of January, and T14 at Pebble Beach. Could he break through on debut at Bay Hill? Top 5, 10 and 20 odds are more realistic but solid offerings at +1400, +650 and +300. He’s a match-up bet over the weekend if windy conditions prevail.

Matthew NeSmith (+11000 FD/DK): NeSmith ranks No. 1 on tour in Greens in Regulation, hitting better than 75% this season. A pair of top 20 finishes in recent events plus a T7 in Phoenix shows the 27-year-olds game is improving and in good form. His Strokes Gained stats support it over his last 36 rounds on Bermudagrass with a No. 12 ranking in SG: Total and top 5 in SG: Approach. In fact, over his last 24 rounds on all courses, NeSmith ranks top 2 in both Ball Striking and Approach play.

Next week it’s The PLAYERS Championship at TPC Sawgrass, and we’ll be on the tee ready for Tee-to-Green coverage with precision iron play needed.